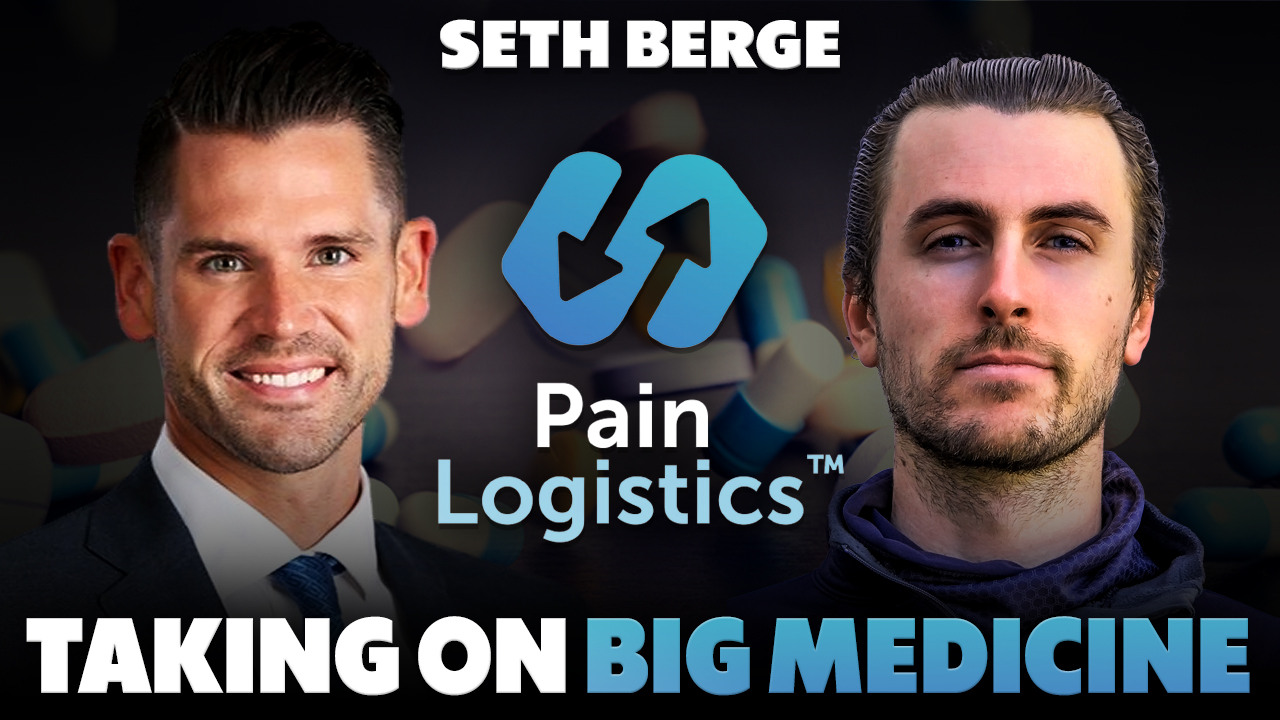 Seth Berge is the founder and owner of Pain Logistics, a regenerative medicine company that specializes in connecting patients and providers by offering non-invasive, non-steroidal, and non-surgical treatments to those in need.

Instead, the Binford, North Dakota native dreamt of playing basketball in the NBA, but once it became apparent that a career in professional sports wasn’t on the horizon, Berge then shifted his focus toward becoming a journalist.

“I actually wrote for the two local county papers,” he says. “I covered girls’ basketball and volleyball and did recaps of their games.”

This passion for journalism followed Berge to university, but after he transferred to Crown College in St. Bonifacius, Minnesota, Berge switched majors and eventually earned a bachelor’s degree in Business Administration.

“Basically what happened was I found out that I was really good at sales, and after getting commissions I started to realize that sales would get me to where I wanted to be financially much quicker than being a beat writer for a minor league baseball team and hoping that I would be on ESPN someday,” Berge explains.

As a telemarketer for a heating and air conditioning company during college, Berge was tasked with cold-calling local homeowners to see if they needed a new furnace or central air system.

“I would call people and ask them how old their furnace was. If they were interested, I would set the appointment for the sales rep, who would then go and close the deal,” Berge says.

“I was good at that, and I got paid for every lead I set, plus a bonus if the sales rep sold the job.”

For many, a vocation of this nature would be considered laborious and mentally draining, but Berge relished the opportunity to be in control of how much money he earned, provided he put in consistent effort and was open to improving at his craft.

More importantly, working for the HVAC company also taught Berge that his compensation didn’t need to be commensurate with the number of hours he worked.

Instead, he simply needed to generate new business for his bosses, regardless of how long that process took.

“I wasn’t trading my time for money. I was trading my productivity for money,” Berge notes.

As mentioned, not everyone thrives under the pressure of having to produce revenue, which is why many are content working for a set hourly wage or salary, even if that results in less earning potential.

Berge has always embraced the opportunity to work directly with consumers, which is why in addition to working as a telemarketer, he also spent his summers in between semesters going door-to-door selling frozen steaks.

Call it having an acute sense of awareness.

Either way, Berge was in his element each time he interacted with a potential customer.

“I have always had a particular skill for selling products directly to a consumer, but the key with that is that whatever you’re selling has to have a low enough cost and a high enough margin so that you can earn a healthy profit,” Berge says.

After graduating from college, Berge stayed in the trades and began selling solar attic insulation to homeowners with disposable income.

To effectively target their desired demographic of homeowners, Berge partnered with a marketing company to send out pieces of direct mail that would entice prospective clients to attend a free steak dinner organized by Berge’s company.

Then, as homeowners imbibed in a succulent and complimentary meal, Berge pitched the attendees on the benefits of installing solar attic insulation in their home.

“The whole goal with these dinners was to set up a one-on-one appointment the next day with the homeowners,” Berge says.

This strategy proved highly effective and lucrative, and for the next decade Berge amassed an impressive financial portfolio before deciding to step away from home improvement and test his mettle in the ultra-competitive industry of annuities.

“With annuities, I really hit the ground running because the thing I’m good at is explaining and getting people excited about a product, and then going to them and closing the deal,” Berge says.

“That’s why in many ways switching to annuities wasn’t a difficult transition. I just had to learn the lingo of the financial services industry.”

As one might expect, Berge flourished in the annuities sector for several years, but by 2018 the Crown graduate was once again looking to take another leap.

This time, he partnered with a colleague from his time in annuities, and together the two began researching regenerative medicine and the multitude of ways they could become significant players in that market.

“My partner and I spent a few months vetting the industry, and the more we ran the numbers the more we realized that this was a big opportunity because we would be getting into a newer industry at just the right time,” Berge explains.

It didn’t take long for the entrepreneurial-minded Berge to greenlight the investment, and toward the end of 2018 he and his business partner founded Pain Logistics.

Immediately, Berge hired nurse practitioners who could perform the pain-relieving injections, and he simultaneously began recruiting doctors who endorsed the products to conduct seminars that explained the benefits of the injections.

But it was at that point that Berge realized Pain Logistics would have to adapt in order to survive.

“We initially let the doctors run the seminars, but they went poorly, to the point that they literally had zero sales,” Berge recalls.

“The doctors knew everything about the products, but they simply couldn’t sell.”

With so much capital invested into Pain Logistics, Berge and his business partner could no longer stand idle and continue seeing their seminars result in zero sales.

And just like that, Berge was out of the corner office and back behind the podium mesmerizing audiences with his impactful charisma and flair for narration.

“The real talent in sales is being able to tell a story. I obviously am not a medical professional, but I’m able to take the content that’s shown in presentations and turn it into a much more compelling story,” he says.

This change in direction paid off immensely for Pain Logistics, so much so that in January 2019 the company grossed $170,000 in sales.

From there, Berge knew his products had to be sold by professional salespeople, so he began luring past associates away from annuities and into the fast-growing realm of regenerative medicine.

Berge admits that while this change in business model has vastly improved the long-term outlook of both clients and Pain Logistics, there is still much to be done, namely in trying to get insurance carriers to cover these revolutionary treatments so that patients of all socioeconomic classes can experience substantial pain relief.

“If you have bone-on-bone pain, ligament tears, or osteoarthritis, these injections really help with cushioning, structural support, and reducing inflammation,” Berge says.

“That being said, the regenerative medicine industry is still in its infancy. It’s only been around for about five years, and it is rapidly changing, but I believe that this industry is the next big thing in healthcare, and that’s why I’m positioning the company so that we are ready to take this to the public once the treatments are covered by insurance.”

Getting insurance companies to provide coverage for these treatments will not happen overnight due to the financial and political implications that are attached to any major medical breakthrough, but Berge understands that even though he could prosper operating solely in the private sector of medicine, the mission of Pain Logistics is about more than adding commas to the bottom line.

“When I do dinner seminars, fifteen people are highly interested in our products, but only about a third of them have the means to afford these treatments. It will be challenging, but I want to see things change so that people are able to live healthier and more pain-free lives.” QS 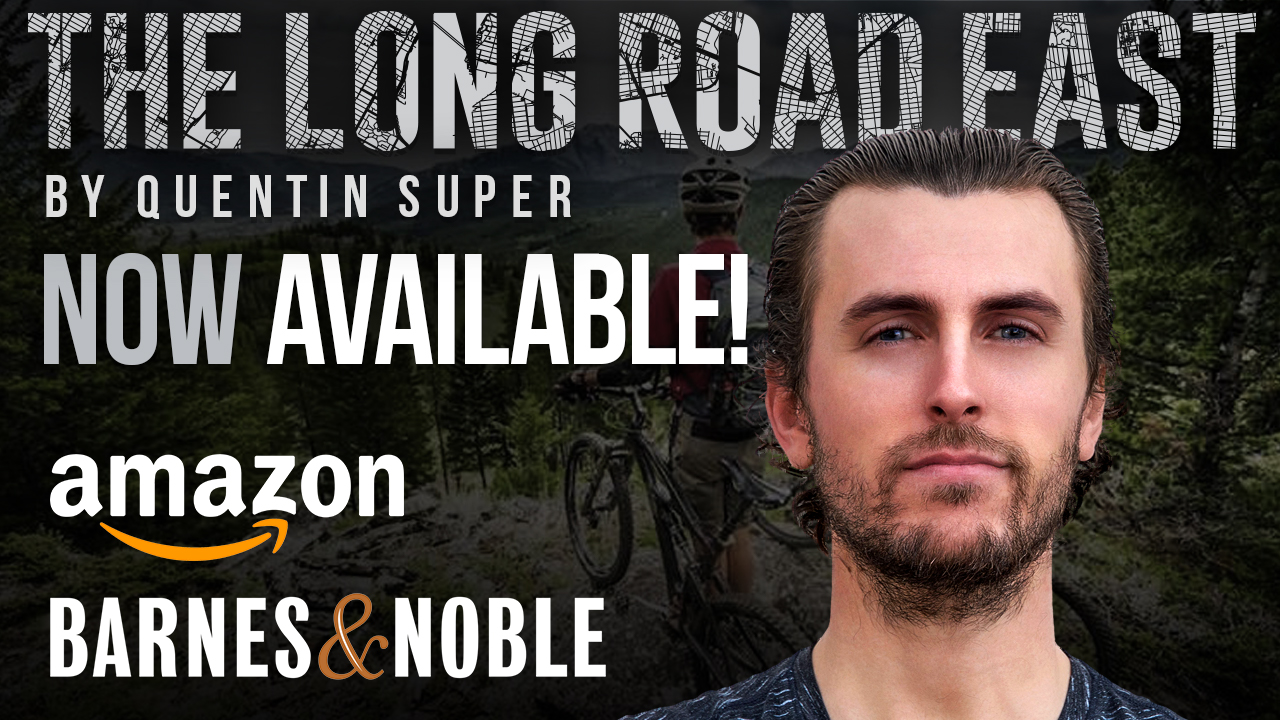