Part of why I like Bo so much is because he and I are in similar positions.

We’ve both been putting out content ever since we knew what we wanted to do with our lives. Success has been hard to come by, but it’s the constant roadblocks that make the small victories taste so sweet.

In 2017, Bo left Minnesota and headed out west to Los Angeles. His goal was to immerse and ingratiate himself with some of the bigger names in the music industry.

That same year, a friend and I hopped on our bicycles and rode from our mundane Midwest college town out to Portland, Maine. It was a seven-week journey that left me clamoring for more adventure.

I then proceeded to go abroad and live in China for one year, which brings us to March 2019.

It was then that I reunited with Bo on the golden beaches of California.

We slurped down a few Grey Goose cocktails and reminisced on the earlier times in our lives, moments that seemed much clearer than the present ones that demanded our financial and emotional competencies.

After spending some time with Bo to talk more about his music, I left L.A. even more insecure than when I had arrived. Something inside of me was still incomplete.

There were too many things that I still needed to accomplish.

The same can be said for Bo and his rap career, and after my plane departed in 2019, his life got more confusing.

We recently jumped on a Zoom call to discuss this disarray, the pandemic-inducing coronavirus relegating us to basements we’d rather not be in. 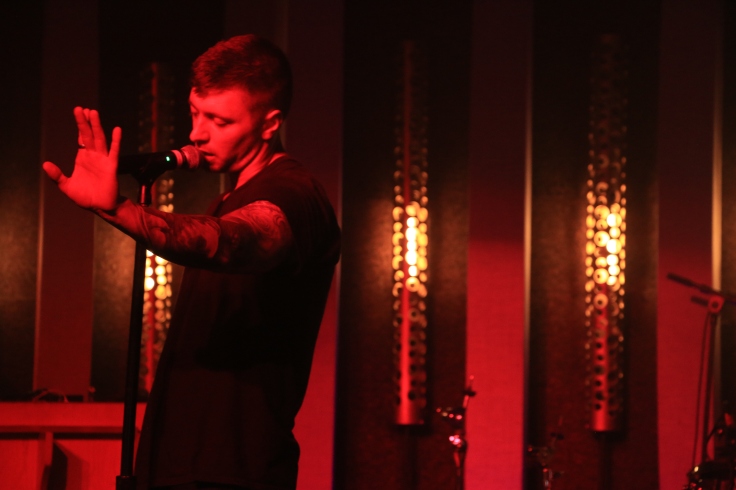 “What happened after I left?” I ask Bo.

“I switched jobs, switched places where I was living,” he says.

Bo goes on to explain how he left his day job as a bartender near Venice Beach and accepted a new position next to the Staples Center.

The idea behind the move was that Bo would make more money now that he was in a prime location, but he first had to accept a demotion to barback, a job that requires one to be on their feet all night; not mixing drinks, but instead grabbing cases of beer and boxes of liquor for the actual bartenders.

It’s a thankless position that doesn’t pay well, but it’s what Bo had to do before his manager would let him jump back into bartending.

Braving the deduction in pay and also the blisters that formed on his feet after running back and forth from the cooler, Bo eventually got his promised position as a bartender.

Soon, money became good again, allowing Bo to shift his focus back to his upcoming album, To My Wife and All of My Sweethearts.

“A lot of people didn’t understand the title. It was an anticipatory type of album. Someday it’s going to happen,” he says of meeting his future wife. “Hopefully the album might speak it into existence.”

Life became even better once Bo began renting out his apartment on Airbnb. Doing so gave him another source of income that helped mitigate the sting he felt from having to crash on friends’ couches or sleep in his car when someone booked his place.

This is not to suggest that Bo abhorred the necessary evils that came with renting out his apartment. If anything, he embraced it.

During this time, Bo was able to work on his new album after cleaning his apartment in between guests. After washing the sheets and vacuuming the carpet, this usually afforded him a few hours to record before the next guests showed up.

“I had a three-hour window,” he notes, but that was soon going to change.

“It definitely wasn’t legal,” Bo says of his Airbnb setup. “It ended up getting shut down after four months,” describing a change in L.A. law that prohibited lessees from renting out their apartments through Airbnb.

Bo found this out the hard way before leaving for work one day.

“I need to have a word with you,” his landlord told him.

Bo was then forced to take down his Airbnb page, depriving him of the extra income.

This presented another obstacle for his music, one that ultimately forced him to push back the release date of To My Wife and All of My Sweethearts.

For Bo, this was just another setback. As he mentions in one track off the new album, “I didn’t come 1,600 miles to watch my future decay.”

Bo managed to rebound from the loss of income from Airbnb, and things had returned to normal until suddenly the coronavirus situation stormed into the world.

Despite the new obstacle, his new album was going to be finished and released.

“This whole corona shit is just another walk in the god damn park,” he raps during one track entitled “One Time for the Players.”

To My Wife and All of My Sweethearts dropped in May 2020. The feature track is “Hot Commodity,” a banger whose music video grossed over 65,000 views on YouTube within the first few days of being released.

Those kinds of numbers won’t elevate Bo into the category of L.A.’s elite artists, but they may be a hint of what’s to come.

“There are all sorts of artists whose lives change overnight,” Bo explains. “I’m still here, putting out way more content. I’m definitely getting a lot more engagement from labels. They’re starting to follow me. I just started trying to push the new mixtape, but I haven’t got a lot of responses yet. I don’t have a lot of time to start bugging people about it, but the rest of this quarantine my M.O. is to keep building my fan base.”

Three years after Bo first arrived out west, the record labels haven’t given him the opportunity he is hoping for, but the work he’s put in so far is paying dividends.

All of Bo’s music can be heard on streaming platforms like Apple Music and Spotify, as well as on YouTube. Fortunately for Bo, all of these sites give him passive income that he can continue to funnel back into his marketing and production budget.

And Bo has every reason to continue making music. He’s developed and maintained a loyal following, many of whom have been listening to his work since he professionally debuted back in 2015.

“Everyone that fucks with me is solid,” Bo says, “and they’re always ready for new music. I’d rather have a squad of 300 Leonidas gladiators than 1,000,000 little guys.”

But even with a supportive fan base, there is still a reality that needs to be faced.

Bo has seen firsthand how hard it is to get people to believe in him. His efforts to sell albums and merchandise have sagged without the backing of a major label, and without the clout of a big-time corporation behind him, people aren’t going out of their way to support Bo.

This has been a struggle for many musicians, including one of Bo’s biggest musical influences, Mac Miller. He too found the road to success littered with roadblocks and people telling him he wasn’t good enough, but eventually Miller’s music found a large audience and he was signed to a major label.

Following Miller’s death from an overdose in September 2018, Bo began thinking of ways he could pay homage to the man who drove him to persevere through the daily struggle of trying to make it in the ultra-competitive music market.

On Bo’s 2019 album, wRap n Roll 3: Rogue Flow, listeners will find the track “Ariana Stole Your Soul.” Many music types believe this to be Bo’s best work to date.

The song hits not only on Bo’s struggle of trying to make it big in L.A., but also how difficult it can be to endure a breakup. These types of adversities have driven many people off the path to righteousness.

“The majority of us have been there, especially if you have alcohol or drug problems. It’s that easy to just grab a bottle and start sipping,” Bo says. “I hope I would never go as far as OD-ing, but I know what it feels like to get done dirty.”

At the time this article went to publication, life in America post-COVID-19 has slowly returned to normal. Bo is still in Los Angeles, and I’m still in Minnesota waiting to see how the rest of the year plays out.

It took a pandemic to remind me that life is short. What’s here today is not promised tomorrow. I won’t now go live my life with reckless abandon, but a healthy urgency will certainly be behind all of my major decisions.

The same rings true for Bo Moneyy. He knows just as well as anyone how unpredictable the future is.

And that’s why, no matter how taxing or chaotic the journey becomes, Bo Moneyy and I will always continue to do what we do.

10 thoughts on “Bo Moneyy Still Wants to Make it in L.A.”