It sounds like fun, and for most people, it is.

But for many, traveling is usually limited to week-long stays in places with sandy beaches or a vibrant nightlife, unless of course you’re one of the lucky individuals who can afford to rent a luxury villa off the coast of Italy.

Having been to an array of different countries and continents, I can tell you that traveling isn’t cheap, but it’s also not the budget-buster that many people consider it to be.

With the right planning, most single Americans could afford to vacation in a foreign country, especially if they go somewhere with a favorable currency exchange.

And this is where I’d like to introduce you to Mikaela Donelan, a woman I’ve termed the nomadic brand strategist, not only because she helps companies boost their online brands, but also because she is able to accomplish this from anywhere in the world, whether it be a hostel in Thailand, or a barrió in México.

For Donelan, her propensity for adventure started a few years ago when she was accepted into a study abroad program in Italy.

“That was the beginning of it all,” she tells me via Zoom. “I backpacked across Europe while I studied in Italy.”

But that stint in Europe was just the beginning.

“After I graduated college a year later, I backpacked solo through Central America,” she says, listing countries like Costa Rica, Nicaragua, Guatemala, Belize, Mexico, and Cuba as places she had the pleasure of visiting.

After touring Central America, Donelan returned to Minnesota to begin her professional career.

Soon after, Donelan acknowledges that there was a part of her that still felt unsatisfied, a void in her heart that couldn’t be filled from the comforts of the United States.

“I have to get back out again. I have to backpack again,” she remembers thinking.

Fortunately for Donelan, she was working remotely and wasn’t constrained by an office or 9-5 schedule.

“That’s where I started becoming a freelancer doing marketing and brand strategy,” she says. “It didn’t matter if I was here in Minnesota or scuba diving in an ocean; I could be anywhere.”

And with that, Donelan packed her bags and took off for Asia. 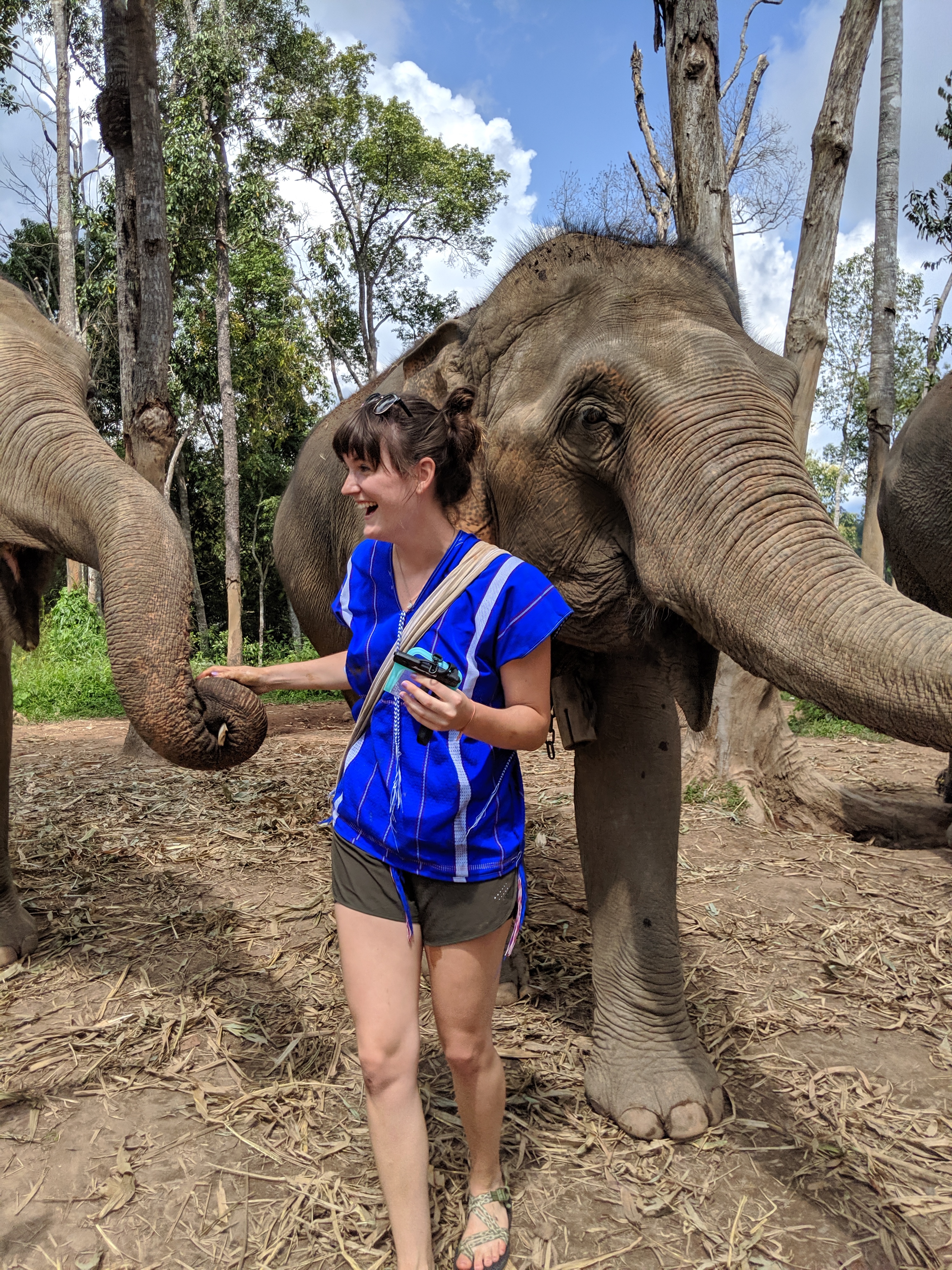 She spent the next seven months jumping between different countries before the COVID-19 pandemic struck and put a dent in her lifestyle.

She has since returned to Minnesota and is eagerly awaiting for borders around the world to once again reopen to Americans.

But with this current downtime, she’s also been able to reflect on her experiences thus far, as well as share information regarding how she was able to finance her endeavors.

“How were you able to visit all these countries, especially considering that a lot of your travels were done while you were either in college or just after?” I ask her.

Donelan then explains that to fund her adventures, she has had to make a few sacrifices over the years.

“All throughout college I continued to apply for scholarships, so that helped a bit. On top of that, I worked 20-40 hours a week doing four different jobs. That drove me crazy, but I saved a ton of money. I didn’t get to go out and party as much as I wanted to, but I had a big savings account.”

That cushion came in handy in Central America, especially when paired with her frugal spending mentality.

“I only spent $400 per month on housing, food, going out, transportation, and visas. Sometimes it was even less than that,” she recalls.

“What kind of personality does one need to travel abroad?” I then ask.

“That’s such a good question,” she says, taking a moment to formulate a response. “Definitely some resilience and some energy to explore. You have to have a passion to want to see beautiful landscapes, and a passion to want to be introduced to new cultures because otherwise it can become very overwhelming,” she says.

“There’s bad times where you get overwhelmed and you don’t understand the language, and you just have to know that that’s okay. There are so many people around to help you.”

Donelan also adds that, “if you’re not curious about where you’re going, there’s no point in going. When I go, I’m not there for a vacation. I’m there to learn.”

“People always think when you travel that you have to be an extrovert, but you don’t. There are so many kind people out there, that even if you’re an introvert, people bring you in and make you feel comfortable, loved, and supported.”

As for her favorite destinations, Donelan mentions that travelers can’t go wrong in visiting the unique cultures on display in Latin America.

When pressed to name her favorite, Donelan chose Cuba, describing it as one of her most pivotal experiences as a nomad.

“Cuba was a whole other world. The way the government runs, the culture, how people live their lives. I mean, how you get eggs is something we would never fathom. That was such a big learning experience,” she remarks.

But of course, life as a vagabond does not come without a few pitfalls.

For Donelan, she too didn’t appreciate the attractions a city like London had to offer.

“London was dreary and cold. It was cute though. I got to see where Amy Winehouse used to work and got to take a picture with her statue. That was great, but London as a city was not.”

Donelan also didn’t vibe with the touristic components of popular hotspots like Costa Rica and Thailand.

She says that in Thailand, “anywhere that you went, it wasn’t the local culture, and in some of those bigger towns, everything was set up for tourists.”

Yet Donelan does add that not all was bad in Thailand:

“Once I went into the mountains, I had an amazing, world-changing experience at a Buddhist monastery.”

As our interview progresses, I then switch topics, diving into a subject most single individuals find compelling.

“I’m a tall lady, so in Central America and Southeast Asia, it’s all very short men. I’m talking their head was at my waist. They’ll effortlessly carry my 50-pound rucksack from the bus to my hotel just so they can get a tip, and then they’ll give me their number too,” she explains, before adding, “I would have to say throughout Europe is where I found men who better fit the American standards. I haven’t been to South America yet, but I think that would be a better place to meet men as well.”

With our time nearly up, I then ask Donelan where she will go once humanity achieves a semblance of normalcy.

“If the world was perfect, I would move to Bali,” she begins. “If it was a bit warmer, I would also consider moving to Albania or Croatia, but with the pandemic, I’ll probably go to Mexico next. It’s cheap, warm, and beautiful.” QS

Who would you like to see Quentin Super interview next?