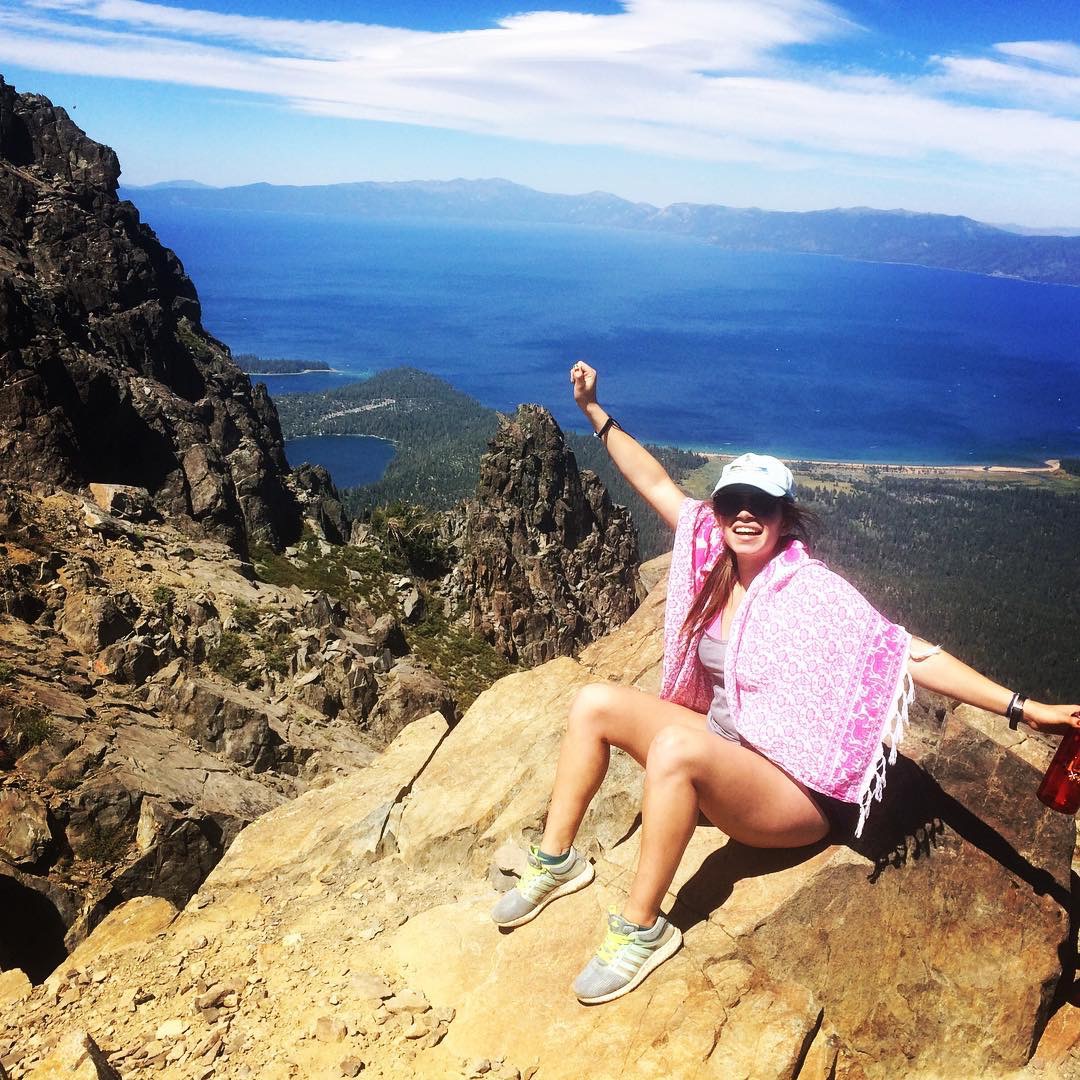 It’s a breezy day as I walk through the financial district of Bogota. I’ve never been to this part of the city before, but it’s like a mini-Manhattan. A few turns of the shoulder and I’m in an upscale neighborhood.

Money is intimidating. It’s one of those things you either have or don’t have. Guess which label I occupy.

“I’m here,” she texts, but in a space filled by only a few, she is nowhere to be found.

Google Maps in Bogota is unreliable, but a ten-minute walk later we meet outside a restaurant that sells chicken.

“I’m so glad you’re here,” she says, grabbing my arm. “That guy has been staring at me for the last fifteen minutes.”

She points at a guy with a beard.

“Ah, I wouldn’t worry about it. He probably just thinks you’re hot,” I offer.

We soon sit down for a meal and a conversation.

If I was any more clueless, I’d think Alejandra is American, the sound of her voice not much different from mine. She was born in Bogota but spent the last decade in San Francisco.

“It is a long story,” she says when asked about why she left Bogota.

And then she begins to share bits of her past.

“My family was very dysfunctional,” she says. “My dad had two families. We were the hidden ones, so no one on his side knew. I couldn’t go around the city whenever I wanted.”

“My older sister was done with it. She moved to Argentina, then my brother moved to New York.”

This forced Alejandra to decide which direction her life would go at a young age.

“I was here, like, what should I do now? I always wanted to be a singer or actress.”

She first jumped on a plane and went to New York. Her brother took her in and explained many things, such as the nuances of American currency.

“I had no idea what a quarter was,” she laughs.

New York was fast and exciting, but Alejandra wanted to be in L.A. so she could pursue a career in entertainment. She ultimately landed in northern California.

“Ended up in this random place called San Mateo,” she says, describing a city 30 minutes from San Francisco.

“How were you able to do this?” I asked. “California is so expensive.”

“I had some money saved up,” she explains.

When Alejandra arrived, the Colombian currency was much stronger. 1,800 pesos was the equivalent to $1. This helped her get her feet on the ground and plan her next move. Since then the Colombian economy has dropped. $1 is now worth nearly 3,400 pesos.

Needing to become more immersed in American culture, she enrolled at the College of San Mateo. It was here that she was able to build her English skills while still earning credits. Progress came quick.

“I finally reached English 101 with the Americans,” she laughs. “And then I transferred to San Francisco State.” 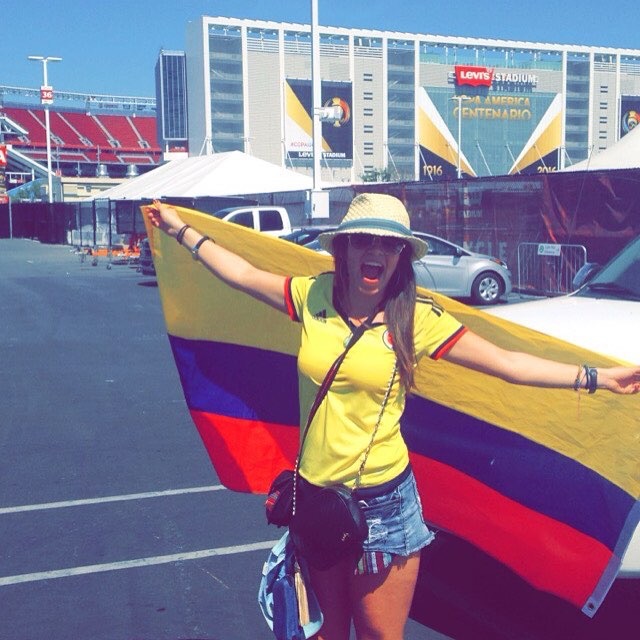 During Alejandra’s time there, she earned a Broadcasting and Electronic Communication Arts degree.

Unfortunately, her goals were not quickly met. Not only was pursuing a career in acting not as glamorous as she hoped, expenditures were adding up.

“The reality over there [America] is different. It’s very hard. People think that because you live in the States you live rich. It’s simply not true,” Alejandra offers.

Turbulence was a common thing in America for Alejandra. She often found herself in adverse situations.

“There have been so many,” she says when asked to describe the most difficult moment of her life.

Her third year abroad, her grandpa passed away. Adding to her despair, she wasn’t able to come home for the funeral.

“You realize what you got yourself into,” she says of being away from family for so long.

Soon after, the losses continued to pile up. Without her family, she had no support system. As a consequence, she fell into a dark state that had severe implications on her health. 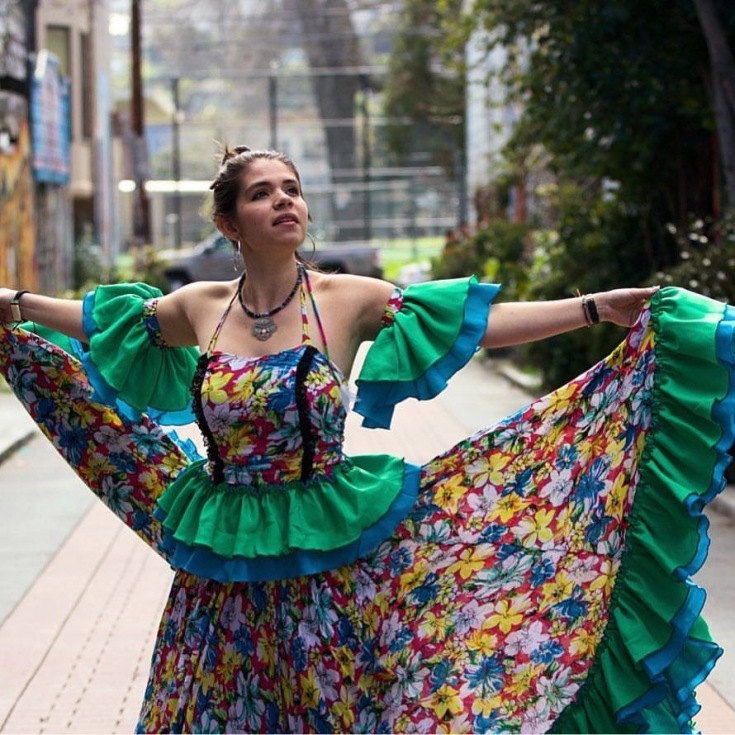 “I ended up with an eating disorder,” she says.

Around this time, she considered saying goodbye to America and heading back to Colombia, but a conversation with her mom changed her mind.

“You have to finish,” her mom said.

In a tough place both emotionally and physically, Alejandra persevered. She didn’t want to go home before accomplishing what she set out to do.

“What are some of the differences between America and Colombia?” I then ask.

“Bogota has more sense of community,” she says.

She talks about the individualistic mindset of Americans, and how in Colombia there is a larger sense of pride in both family and country.

“The first thing people would ask me [in San Francisco] is where I worked,” she says. “If you didn’t work for a major tech company, you were looked down upon.”

“The food there [America] is fake. Fruits don’t have seeds.”

“Did you put any weight on when you were in America?” I ask.

“Hell yeah! The first six months I was just eating pizza, and then I realized I need to stop this. I joined the gym, became healthy.”

This helped her regain her health, but this is also what contributed to her health issues. The pressure of looking a certain way eventually became too much.

“In the United States you’re either super healthy or people are super fat, big, and huge. I was pretty fit, but then that got in my mind and that’s when I started leaning toward an eating disorder.”

Alejandra eventually got into a recovery center and got the help she needed. She’s in a good spot now, full of a self-love that has allowed her mind to become refocused. But like most twenty-somethings, she also hopes to one day find love.

“How is dating different in Colombia versus America?” I ask.

“I wouldn’t date a Latino ever again,” she mentions, citing her preference for the American dating scene. “Americans are more loyal. Colombian men are playing around all the time. They try to please you.”

The phrase down here is dulce tu oreja, which translates to sweet your ear. This is meant to suggest that men in Colombia commonly tell women what they want to hear, as opposed to their actual feelings.

It plays to the stereotype that Latin men are promiscuous, but in my experience, promiscuity is more of a subculture. Every country has their populations who prefer multiple partners, but in each country the majority of people are in committed monogamous relationships.

But not everyone in relationships behaves the same way.

“American guys were very straightforward and very honest,” notes Alejandra. “I had to get used to that. They’re also colder in their ways. They don’t touch as much, hold hands or kiss in public. PDA is a big thing. At first it’s hard, but I appreciate that they’re honest.”

In Latin America, men and dating are different.

“Colombians are more loud, more let me show my woman to the world. Here you don’t have all these labels. Here you’re friends, and if things flow eventually you’re dating. If not, you stick to friends.”

After college, like many Alejandra found herself sifting through the hyper-competitive job market. This brought her to Uber, where she was able to use her creativity to help push forward one of the company’s new innovations.

“I did the media platform for Uber Eats. My team was the first team that launched the app in the U.S. and Canada. We did operations and developed tools that made it easier for the engineers, drivers, and restaurants.”

“It was a good start in terms of meeting people and feeling like my work was worth it. I was offered to come here and launch the app for Latin America, but I went to check it out and decided to pass.”

Alejandra then opted to leave Uber altogether and come back home to recharge after so many years spent abroad. She doesn’t have her future all figured out, but she has a plan. 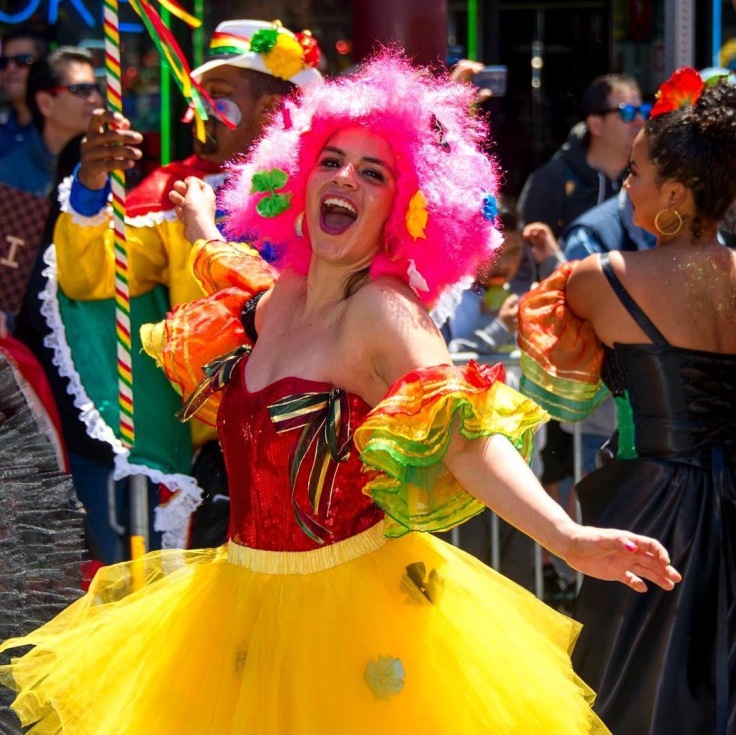 “I want to go do my master’s degree in the Netherlands. I want to start my own company. Part of my master’s is going to be this project, a media platform. It will be a travel agency with journalism. I want to work with the minorities, mostly with the indigenous communities of Colombia and South America. Some countries in Africa too.”

As the end of our time together wraps up, I ask her to describe what brings value to her life.

It’s good advice for anyone searching for their passion, or even a change from their daily life. We don’t have the answers to what lies ahead. We can only put our heads down and maximize each day to the best of our potential.

Doing this isn’t easy, but life is delicate. Every day, time is of the essence. Discovering what’s important, now that’s one way to slow life down.

DON”T FORGET TO SUBSCRIBE TO THIS BLOG… MUCH APPRECIATED